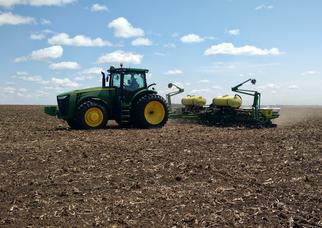 The Vision of Idlenot Farms GP is to continue the legacy of our family farm by producing quality products through honesty, hard work, and profitability. 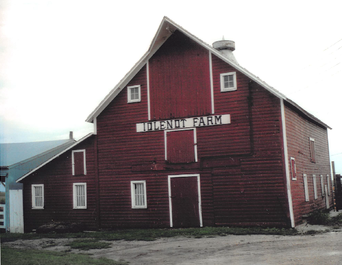 The business evolved quickly in the 80's and 90's.  The original farrow to feeder pig site was expanded and converted over several years to a 600 sow farrow to wean unit and the additional pigs were fed with a local custom feeder.  In 1995 a feedmill was contructed on the farm and in 1996 a contract farrowing unit was constructed and nurseries and finishers were contracted to handle the increase in production. More barns continued to be added and in 2006, Idlenot Farms GP was formed, Frank retired, and Colin was brought into to the operation.  Brad's son Tyler returned to the farm in 2012.

Today the operation is actively managed by Rick, Brad, Colin, and Tyler.  Frank is on the farm on a daily basis.  All feed for our pigs is produced at our feedmill.  Weaned pigs are sourced from 3 sow units in Lyon County and 3 units managed by Pipestone Systems near Milbank, Salem, and Brookings, SD.  The weaned pigs are grown out with local farmers in custom feeding agreements and our own barns. The fat hogs are then marketed to Smithfield, Tyson, and Wholestone Farms.

The Moser family farm was originated when John Moser II moved to northwest Iowa in the early 1920's.  After renting at 2 farms in Lyon county he settled on the NW 1/4 of Sec 15 in Larchwood Township.  There he and his wife Rose lived and raised their 12 children.  His son Frank and wife Verna took over the farm in 1961 and predominately finished cattle in the 70's and 80's.  Frank's two sons, Rick and Brad both had a desire to return to the family farm and Frank built a 125 sow farrow to feeder pig unit to provide work for them in 1979. 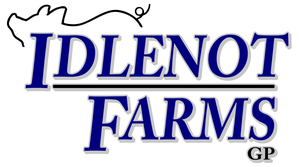